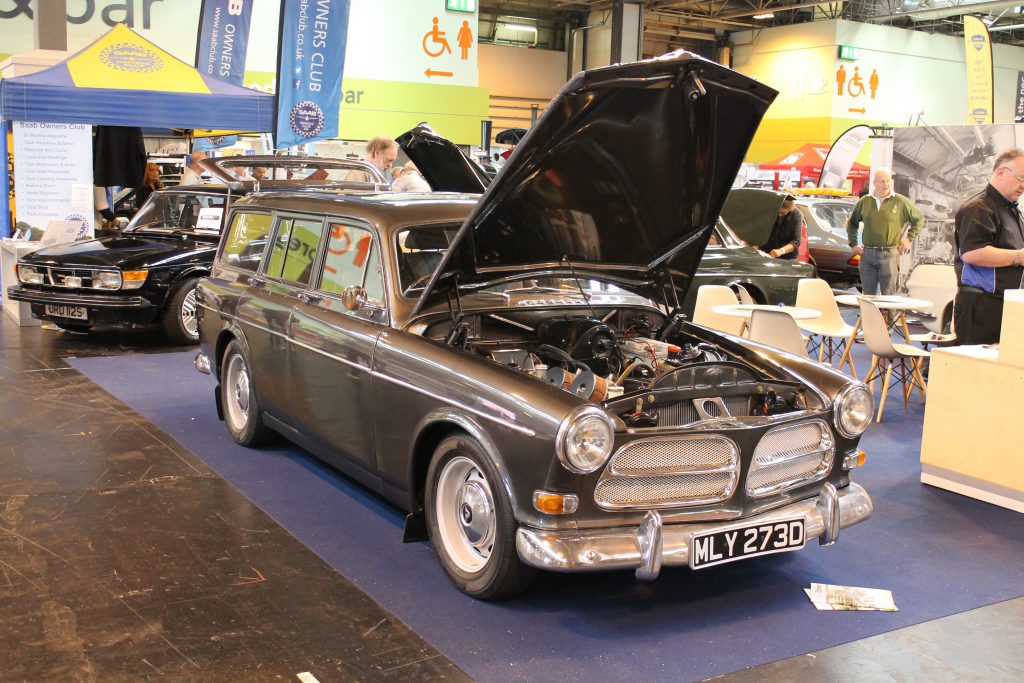 A cult classic that continues to grow in popularity, the Volvo Amazon is a refined and reliable runaround that remains temptingly affordable despite its legion of fans. It’s easy to maintain and cheap to run, so if you can find one in good condition then there’s every reason why you can enjoy a slice of Swedish brilliance for very few readies.

About the Volvo Amazon

The Amazon was the car that put Volvo on the map internationally and it’s easy to see why. The Swede had a tank-like ability to sit at the speed limit with little fuss or loss of refinement, unlike many of its rivals. Although the Amazon name wasn’t used internationally (thank copyright issues for that) it has always had the same sense of indestructibility as the all-powerful Greek warriors from which it got its name. The Amazon was launched in 1956 as a four door saloon, followed by a two-door in 1961 and an estate the following year. While early cars were lumbered with an underpowered 1583cc engine, it was replaced by a 1778cc unit in 1961. In 1968 this was upgraded again to 1986cc. The Amazon is celebrated for its refinement, and back in the Sixties this would have been revolutionary for the everyday motorist. For instance, the Amazon was the first series production car to be fitted with three-point seatbelts, and claimed to be fitted with ‘medically idealised’ seats from 1965 to help with long distances.

The Amazon is a durable machine by Sixties standards but decay over time is inevitable and there are certain trouble spots to be aware of. Front chassis rot can be a killer, so check the engine cradle, front outriggers and the radiator cross member. The front wings are also a weak spot so look for signs of rust around the headlamps and inner wings, taking particular care to inspect the battery box. Also take a look at the sills, door bottoms, the boot floor, footwells, wheel arches (the rear arches are usually the first to go), as well as rust under the windscreen, which can rot the bulkhead. Other areas to be aware of include the split tailgate on estate variants and the spare wheel well drain.

The Amazon’s engines are hard wearing and can enjoy long lives if they are well-maintained and regularly serviced. However there are a few issues to be aware of. You should ascertain whether current Volvo oil filters have been fitted. If not, this needs to be done as soon as possible to prevent the bearings becoming starved of oil from cold. This is because modern filters include a non-return valve. Inspect the front and rear crank seals for signs of oil leaks, as they are made of felt and can perish. The same goes for the differential oil seals, also made of felt. Check for further leaks by rocking the water pump and making sure the top and bottom radiator hoses aren’t cracked or damaged. If you find the car has an overly high fuel consumption then it’s probably a broken thermostat. These can be replaced for around £5. However bear in mind that the Amazon isn’t the most economical of machines at the best of times given its weight and under-powered engines, so don't expect it to be frugal.

The gearboxes are bulletproof on the Amazon and are particularly good with overdrive, which complements the car’s fabulous cruising abilities. Many examples don’t have overdrive though, and although you can have it fitted the costs will top £1000. There are very few issues to be aware of as long as the car’s in good order. The propshaft’s rubber centre bearing will eventually wear but replacements are available. The differential has also been known to leak through the hubs, but is otherwise durable.

There are no major issues with the suspension, however the bushes can wear. Inspect the condition of the bushes in the front wishbone where they meet the front cross member. An easy fix is to replace them with polyurethane versions for under £20. Ensure the springs are also in good order as the coils can snap at the bottom.

Check all the basics are working correctly. This includes the floor-mounted dip switch for the headlights, making sure the headlights are working properly, the overdrive switch (an issue could be solenoid related) and check the voltage regulator if the dynamo is failing to charge the battery. Furthermore, inspect the wire harnesses for signs of cracking or rusty plugs and connections.

The seats, like many classic cars, are prone to sagging and splitting. Webbing kits can be had for under £30, while replacement foam is around the £160 mark. The dashboard top can also split and peel due to UV damage. While replacement carpets are available, some interior trim is difficult to source, so be mindful of a patchy cabin as you may have to live with it.

The Amazon has a reputation for being a bit of a frump on the road, and while the car is heavy and the engines under-powered, the Amazon is an enjoyable car to drive. The body is surprisingly poised for its size and weight, and is an agile car to point down a B road. In fact, modern manufacturers could learn a thing or two about damping and ride comfort from the Amazon’s balance of precision and refinement. The steering should be light and accurate, and needs less input than you’d expect. It’s on the motorway where the Amazon really feels at home, though. While many cars from this era feel downright terrifying when you start to approach the national speed limit, the Amazon feels safe and secure sticking to high speeds for mile after mile, staying arrow straight with the security of a more modern family hatch.

Despite a cult following and rising values, the Amazon remains an affordable classic to buy and run. A car in good working order with an MOT will set you back around £7,000. Prices rise steeply for best of breed metal - you’re looking at upwards of £15,000 for a mint condition Amazon with low mileage.

Replacement parts can be expensive. While the Amazon is mechanically bulletproof and replacement engine and gearbox parts are rarely needed, bodywork items and interior trim can be costly to replace.

While a boxy Volvo is not something you’d normally associate with motor racing, the Amazon enjoyed a long and colourful racing career. The Amazon competed in the European Touring Car Championship in 1965, and enjoyed notable success, but it was in rallying where the Swede really shone and forged its rugged image. It collected trophies all over the globe, including the Acropolis Rally, African Safari Rally and the European Rally Championship. As a testament to the Amazon’s durability, it continues to be entered in rallying events to this day.

Since its introduction over sixty years ago, the Volvo Amazon has been many things to many people. To some it was the practical family car that proved comfortable and secure on long journeys. Some went rallying in it and others remember it for its standard-setting safety technology, a trait Volvo continues to build upon to this day. For all these reasons and more the Volvo Amazon is a highly desirable classic car and, despite rising values, remains an affordable one too.