The Chevette might look like a standard white-goods hatchback but it was a significant car for Vauxhall. It was one of the first stabs at producing a ‘world car’, sharing the General Motors T-car platform with hit cars such as the Opel Kadett in Germany. The Chevette was successful too, providing welcome breathing space for Vauxhall within the GM machine. Today, the Chevette remains a handsome, practical classic with values low enough to make it a tempting choice for Vauxhall enthusiasts.

About the Vauxhall Chevette

Work on a new ‘T-Car’ platform began in 1970 in Detroit, when GM executives decided to create a standardised platform that would be used by a number of its sub-brands worldwide. While this has become commonplace in recent times - with a number of pizza cars using the same base and different toppings - in 1970 it was revolutionary. Despite the homogenisation, Vauxhall was adamant it wanted to build a hatchback. Engineers in Luton went as far as chopping off 11 inches from the rear of the car, fitting a hatch and a box-section crossmember underneath the back seats to compensate for the lost rigidity. It has been suggested that this was a deliberate move from Vauxhall to make its new car smaller than the bloated run-out Viva model that went before it. The styling was also different from other GM T-cars. Vauxhall incorporated the shovel-nose from the Firenza, and the design has aged surprisingly well. Today it still looks fresh and clean. Vauxhall launched the Chevette with only one specification - the 1256cc hatchback. It later introduced the two and four door saloons in 1976, as well as an estate version.

Unsurprisingly given its Seventies heritage, early cars were infamous rust-buckets. Although post-1980 examples (with flush-fitted headlamps) fared better, ensure you give the car a close inspection for signs of rust. Particular areas to pay attention to are the sills and wheel arches, the back of the wings as well as the joint between them, the front valance, the front air intake, door bottoms and floor pans. Check in and around the boot lid on estate cars and the hatch on three-doors.

The Chevette’s 1256cc engine is blissfully simple to maintain and work on. It was carried over from the Viva so the unit was already trouble-shooted and parts are easy to come by. Watch out for rumbling from the bearings, rattling timing chains and worn rings, which are all common issues. You may find some owners have fitted their Chevettes with larger Vauxhall or Ford Kent engines. As long as they’ve fitted the necessary modifications to run them then this isn’t a problem, it just comes down to personal preference.

The gearbox was also a hangover from the Viva, so there’s nothing major to worry about and they should last forever. It was never the most refined transmission and even healthy gearboxes are noisy, but pay attention to signs of a worn synchromesh, especially if the car is jumping out of gear.

The suspension is very simplistic and was praised in period for its good road holding abilities thanks to double wishbone front suspension. Listen out for any squeaks or crunches as the car loads up into a corner and over uneven road surfaces, which are obvious signs that something is afoot.

The Chevette predates the electrical gremlins of the Eighties, but carry out the usual checks. Make sure the lights are working and of equal brightness, that the car turns over quickly and that the dash doesn’t look like a Christmas tree.

Like the rest of the Chevette, the interior is simple and durable. Cloth and vinyl were used and are long lasting. Bear in mind that trim is increasingly difficult to find, with original items in good condition highly sought after by restorers.

By modern standards the Chevette is woefully underpowered. In fact even by period standards it isn't quick because the engine was lifted out of the ageing Viva. Nevertheless, thanks to its lack of weight, unassisted steering and manual gearbox, the Chevette is a satisfying thing to drive in 2020. It reminds us how gluttonous and numb modern hatches are and allows you to have fun feeling the fizzing feedback through the wheel and peppy, responsive engine, even at low speeds. Having said this, don’t expect to feel relaxed on the motorway - the Chevette is far from a high speed cruiser - and the brakes aren’t brilliant. Watch out for the usual signs of crashing or knocking from the suspension, play in the steering and whines from the engine.

When you take a quick glance at the classifieds two things will hit you. The first is that there aren’t many Chevette’s left, and precious few for sale in good condition. The second is that values are low. Very low. It’s not unusual to pick up a project car for well under a grand, while working examples can be had for anything from £1,000 to £5,000, with mint examples demanding a premium of a few thousand pounds. HS’s command far higher prices. A well-looked after example can set you back up to £20,000, with HSR’s going for as much as £30,000.

Beware of neglected examples. Because values are so low, many owners see little financial sense in spending more than the car’s value restoring it to a high standard. As a result many cars are patchy at best. Although a project might look like a bargain at £500, you can easily spend thousands putting it right. However, on the upside, the Chevette is very cheap to run and insure thanks to the small engine and low values.

The HS was launched as a homologation special. Vauxhall wanted to go rallying and regulations stipulated it needed to produce a limited run of road cars. The result was the 2.3-litre 16-valve engined Chevette HS that produced 135 hp. It proved to be a memorable and handsome - if crude - hot hatch. The Chevette was a successful rally car, proving a strong rival to the all-conquering Ford Escort. It won the British Open Rally Championship drivers trophy in 1979, the constructors trophy in 1981 and was driven by rally legends Pentti Airikkala, Jimmy McRae and Tony Pond. The HSR was later introduced as an upgrade when Vauxhall’s rallying results were flagging, and was nicknamed ‘plastic fantastic’ due to the plastic-reinforced fibreglass front and rear wings. 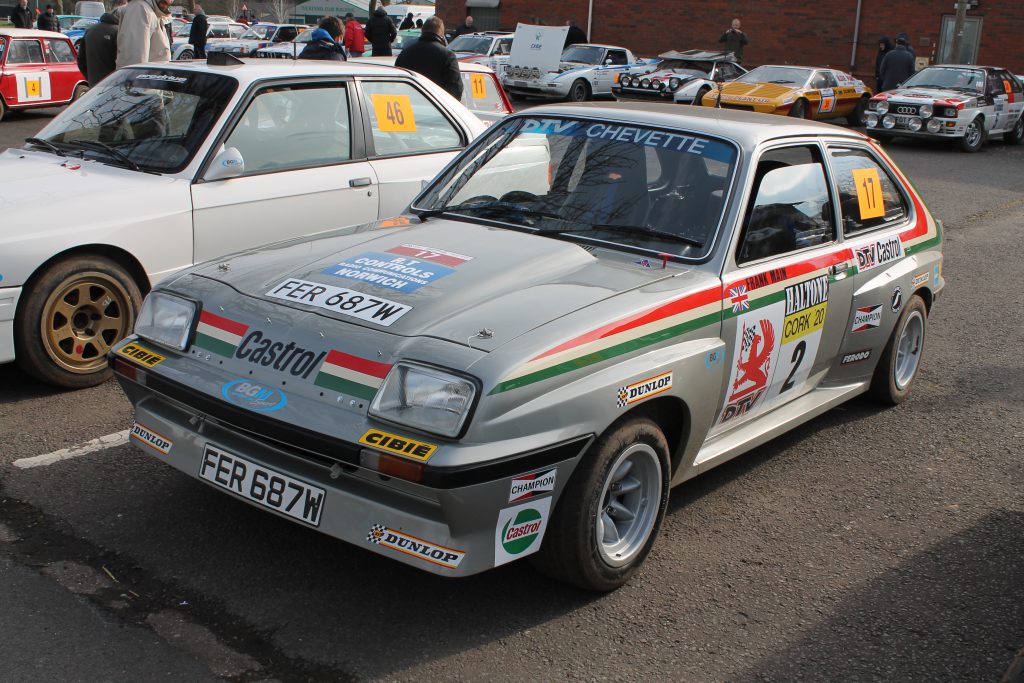 The Chevette was a groundbreaking car for GM and Vauxhall. While other decent cars were built off the t-car platform, the Chevette proved that you could share parts but still be bold and stand out from the competition. With its signature droop snout front end and great practicality the little Vauxhall did just that. With values on the floor there’s never been an easier time to buy yourself a slice of British motoring history.