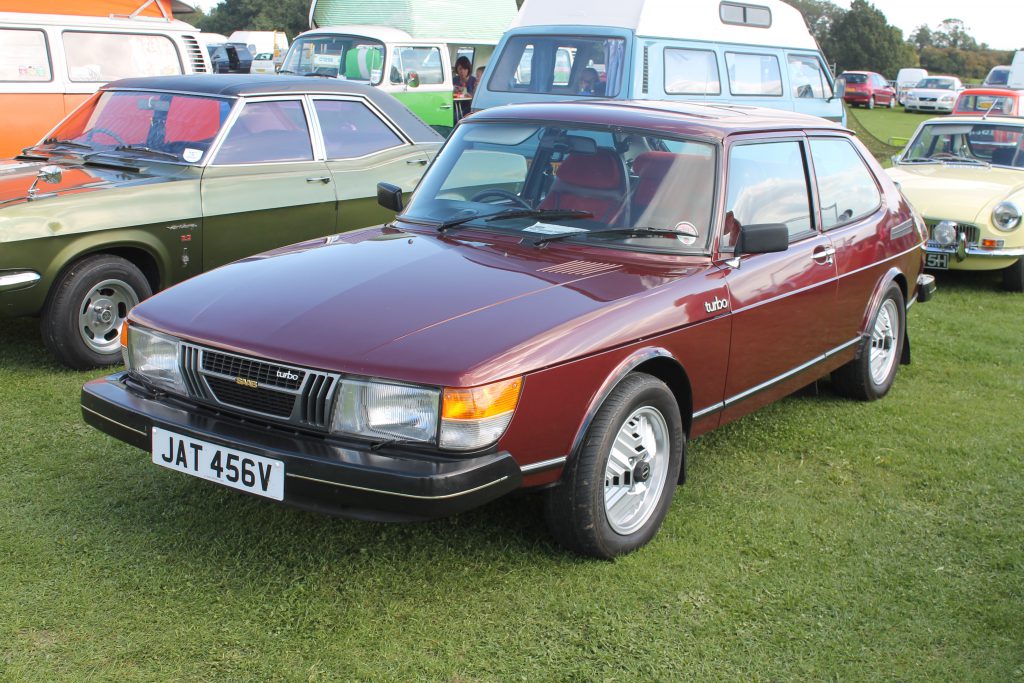 The Saab 900 Turbo is as quirky and left-field today as it was in 1979. Defined by its innovative turbocharging and Scandinavian reliability, the 900 Turbo has proved an unlikely success story and a cult classic. Values are temptingly low, and with cars becoming increasingly homogenised there’s something deeply cool about driving the distinctive 900 Turbo.

About the Saab 900 Turbo

The 900 was a heavily facelifted 99, arriving in 1978. Because of this consistency in layout and technology, Saab could focus on perfecting the formula. Initially it did this by extending the wheelbase, uprating the suspension set-up and improving safety. The Turbo continued this theme and was a much-improved version of the 99 Turbo, packing 145bhp at launch and up to 185bhp in later versions. While turbocharging was still in its infancy, Saab took the lead of its sister brand Scania and focussed on low-range grunt, making the 900 Turbo a superb overtaking machine. The convertible came along in 1985, adding an element of glamour to Saab’s range. There were two iterations of 900 in its twenty year lifespan. The first generation 900 - referred to as the ‘Classic’ - was based on the 99 and is considered to be the purest 900. This made way for the GM-based second generation 900 that was produced between 1994 and 1998. While the Turbo was blessed with more power, the fact it shared its underpinnings with the Vauxhall Vectra did little to help its cause.

The Saab 900 Turbo was designed to withstand the worst of Scandinavia’s harsh winter conditions, so it’s pretty resilient. Having said this, no car is invincible and rust can pose an issue. Perform a detailed inspection of the bodywork, paying special attention to the front valance and radiator support beam, the bonnet, boot, door bottoms (and behind the door’s plastic trim), the wishbone mountings, the wheel arches, the jacking points, rear suspension arms and mountings, the rear floor pan and the sunroof.

Continuing with the theme of Swedish ruggedness, the 900 Turbo’s engine can easily clock up 200,000 miles before it needs anything approaching a rebuild. However, if the engine has been poorly maintained problems can occur. Have a look for signs of oil leaks from the crank front seal and the rocker cover, as well as evidence of water pump leaks. The timing chain should also be replaced at the 125,000 mile mark, which requires removing the engine on the 8-valve unit. If you’re in any doubt of a Turbo’s health, check if it's emitting blue smoke when you give it the beans. This is a sure fire sign of a spent engine. Wastegates have also been known to stick shut, overboosting the engine and causing damage. Make sure you check for cracked turbo manifolding and cylinder heads (look for ‘mayonnaise’ underneath the oil cap). Saab fitted a smaller and lighter turbo in 1980, and removed the idler shaft and drive gear. This saved around 12kg and meant you could rack up more miles between oil changes (from 6,000 miles on early cars to 10,000 on later cars). However, it could be worth checking the oil every 3,000-5,000 miles as it quickly blackens on turbos.

While the 900 Turbo is a hardy machine, the transmission can be a weak point. If it's looked after a 900 gearbox can last for well over a quarter of a million miles, but if the owner thinks he’s Stig Blomqvist and mistreats it transmissions have been known to fail after 30,000 miles. The actual weakness relates to the pinion bearings, which are infamously weak and expensive to replace. While later cars were fitted with stronger bearings, they cause far more expensive damage if they fail.

Inspect the bushes, front hubs and make sure the driveshaft boots are intact. Watch out for power steering leaks and for corrosion on the suspension mounts. The CV joints also have a tendency to click.

Take a moment to go through all the electric equipment on board and make sure it works as it should. This includes the headlights and headlight wipers, windows, mirrors, sunroof and heated front seats if they’re specced. The circuit board and ancillary controls have also been known to fail.

Have a look for the usual issues with an ageing cabin. The headlining can sag and the dash can begin to crack over time. The seats also perish and fade. Replacements are pretty common on the whole.

The 900 Turbo is a fantastic car to drive. While it's no sports car, the combination of low-range grunt and planted handling make it the perfect device to demolish everything from motorway commutes to back road blasts. A healthy 900 Turbo should have light, precise steering and a neutral balance. Although torque steer is inevitable with lots of power and Eighties technology, this only adds to the drama. Talking of torque, the Saab is still a rapid barge in this day and age. While lag is present below 2,000rpm and a modern hot hatch would leave it for dead, the combination of cosseted cabin and strong straight line punch make it the ideal businessman's express.

The 900 Turbo is a steal to buy and own. This is because it was such a popular car in period and a great deal have survived. Prices for a Turbo hatch begin at around £2,000 for a restoration project, rising to £5,000 for a sorted example and £9,000 for a show car. Don’t be afraid of high milers. Like old Mercedes cabs and the Volvo 240, these Saabs just keep going and going if they’ve been looked after. Convertibles command a healthy margin over hard tops, with projects starting at around £3,000, working examples £8,000 and mint examples fetching £13,000. With high-milers in poor repair being driven until they drop and show cars beginning to rise in value, now is the time to buy. While it's unlikely the Saab will ever be a rare - and therefore valuable - commodity, the 900 Turbo's cult status has secured it a loyal fan base and owner's community, which prices are beginning to reflect.

It can be just as cheap to run as it is to buy a Saab 900 Turbo. As long as the example has been well-looked after there isn’t too much to go wrong and replacement parts are available and inexpensive. 900 Turbos aren’t too thirsty either, making it a tempting daily driver.

The Saab 900 Turbo is as eye-catching and desirable now as it was in its heyday. Combining Swedish reliability and refinement with considerable pace and timeless looks, the 900 Turbo is close to a no-brainer at its current value.