The Rover P5 delivered more than its staid badge would have you believe. Like any great design it appealed to people of all classes and creeds. The Queen had one. The Queen Mother had one. And it was so popular with the government that a batch were still ferrying Margaret Thatcher about long after Rover stopped making them. And yet, in thuggish coupe guise, it also replaced the Jaguar MkII as the TV villain’s car of choice and was later a popular entrant on the banger racing scene. While the P5 has become a sought after classic, values have yet to skyrocket. Pick up an example in good condition and you’ve got yourself a saloon-shaped slice of great British design for relatively little outlay. 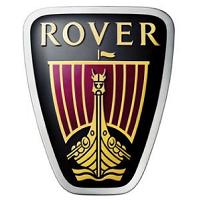 About the Rover P5

The Rover P5 was launched in 1958, and, alongside the Mini, Ford Anglia 105E and Triumph Herald that came a year later, represented a high water mark in British automotive engineering. The P5 was originally supposed to replace the P4 as a small, humble saloon, but as development of Rover’s first monocoque car evolved it became clear to the engineers that they had created something larger and more special. The P5 was heavier and more exotic in construction than its forebear. This was a car that could compete with Bentleys and Jaguars as readily as Fords and Humbers. While the P5 was launched with a 3.0-litre version of the P4’s motor, it later used the ex-Buick V8 - the first Rover to do so. The P5 could also be had as a four-door coupe. While the market is now awash with cars such as the Mercedes CLS, BMW 6-Series Gran Coupe and Audi A5 Sportback, the Rover was the first of its kind, transforming the image of saloon cars.

Like almost every car from the Fifties and Sixties, the main problem is rust. The P5’s bodywork is particularly good at hiding decay, so make sure you open the doors, bonnet and boot and check for signs of corrosion. Common trouble spots include the front valance, front jack points, subframe mountings, crossmembers, the bottoms of the doors, floors, the A and D posts, chassis legs and rear inner wings. The inner front wings are notorious for collecting water, and it can be eye-wateringly expensive to repair rot in this area. Also watch out for drooping doors which point towards shoddy rust repairs to the shell. The scuttle beneath the windscreen and rear window can also rust, so inspect them closely for evidence of bubbling. The Rostyle rims can be expensive to repair or replace, so ensure they are in good condition. The bonnet is another weak spot. It has a tendency to warp and deform, leaving uneven panel gaps. This doesn’t necessarily mean the car’s a dog, it is usually just age.

The P5 will either come with the six-cylinder or the Buick V8. They are both reliable engines that can be run for over 100,000 miles, but there are still things to look out for. If the six-cylinder produces blue smoke then the valve-guide seals are probably on the way out, and if the cam followers wear you can often hear a rattle. The V8 is more sensitive to what you put in it. It requires high octane fuel and coolant containing a healthy splash of antifreeze and corrosion inhibitor to stop rust forming in the waterways. Post-1969 V8’s were fitted with auto-choke, so it’s worth checking if it’s still working. If it isn’t then the AED is broken. Many cars have since been converted back to manual chokes as the system proved unreliable.

The gearbox (either the four speed manual or Borg-Warner autos) should be smooth and reliable if serviced regularly so there aren’t many issues to watch out for. Inspect the colour of the gearbox oil to check it’s bright red, as any discoloration could point towards a rebuild. Check the kickdown is working on auto cars. If the car makes a clonking sound then it could mean the kickdown cables are badly adjusted.

You will need to lubricate the suspension regularly, while worn ball joints can be pricey to replace.

It is useful to note that early P5s were positive earth, while later cars were negative. This can quickly be ascertained by the presence of an alternator rather than dynamo on later cars. The electrical parts were mostly standardised parts from suppliers, and are readily available.

The P5 came with leather upholstery as standard which makes it more hard wearing than cloth-trimmed rivals. However this also makes it far more expensive to repair and replace - often outweighing the cost of the entire vehicle. Ensure the wood trim is present and correct. Replacement items - such as door handles and carpets - are more easily sourced and cheaper than replacing the upholstery. If the car has a musty smell then it could be that water has crept into the carpets and sound deadening material, and will likely need replacing.

The P5 drives exactly how it looks. It’s relaxed, refined and statesman-like. This was a car for the Queen, not James Hunt. It responds best to slow, wafting inputs. While the big six cylinder and V8 engines are strong and smooth, it’s best to withhold the urge to boot it along a b-road, as the rear suspension can trace its roots back before the War and the car is really rather heavy. In fact, a sign of a well-sorted P5 is that you notice nothing at all. The engines should be very smooth and long-legged. If there is a harsh or lumpy delivery then something is almost certainly amiss. The same goes for the suspension. This is a luxury car and should ride bumps with ease. If the car judders or struggles on harsh surfaces then it's worth inspecting the springs and dampers more closely.

The value of P5s has yet to shoot into the stratosphere so now is the time to buy. Because many P5s have been left in a pile of twisted metal thanks to rusted shells and the banger racing community, the market has become a survival of the fittest. The P5s that remain are mostly well looked after cars. One of these good examples can be had for around the £10,000-£15,000 mark, while show cars can command anything up to £30,000. Coupes are sought after and tend to go for more than saloons, while the power train also alters values significantly. V8 and auto cars are seen as more desirable than six cylinder manuals, and options such as power steering and a tasteful body colour can also boost values.

The P5 is a relatively affordable classic to buy and run. Beware of deep-set rust disguised under the bodywork. The P5 can appear mint on first viewing but can hide crippling levels of rust beneath. If the corrosion has rotted the shell you could spend more than the car’s value putting it right. The same goes for a badly worn interior - particularly the seats. The P5 is also thirsty by modern standards, so bear this in mind before buying one as a daily driver.

The Rover P5 may not be spoken about in the same hushed tones as the Mini, but it arguably crossed as many class barriers, equally popular with Queen Elizabeth and provincial banger racers. While many have fallen by the wayside over the years, there are still lots of cars on the market. Choose carefully and you can have a deeply rewarding classic without breaking the bank.