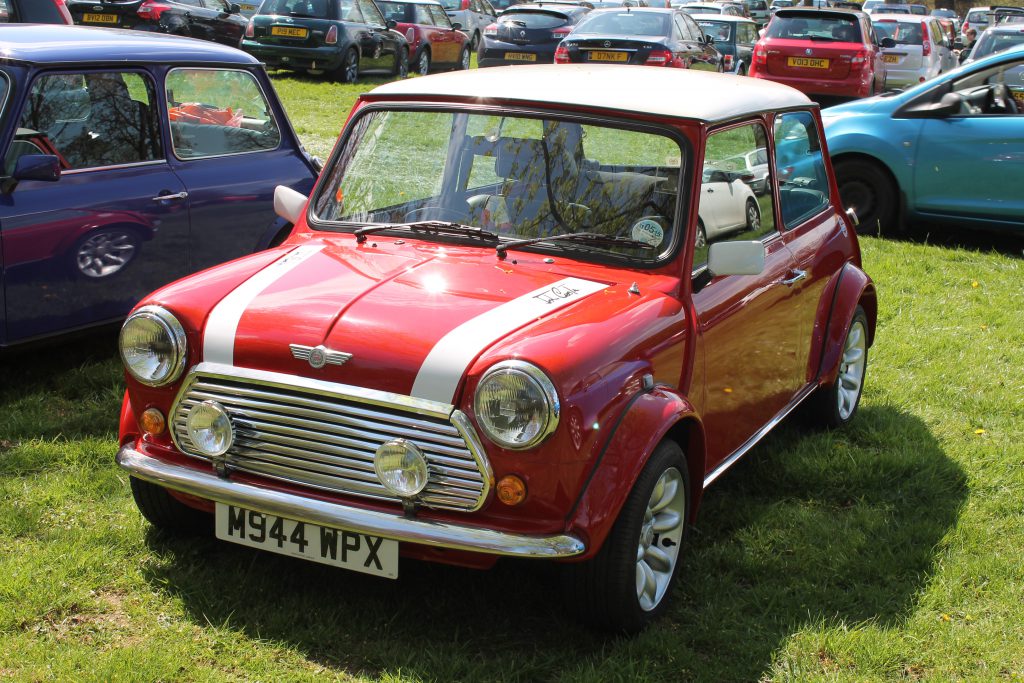 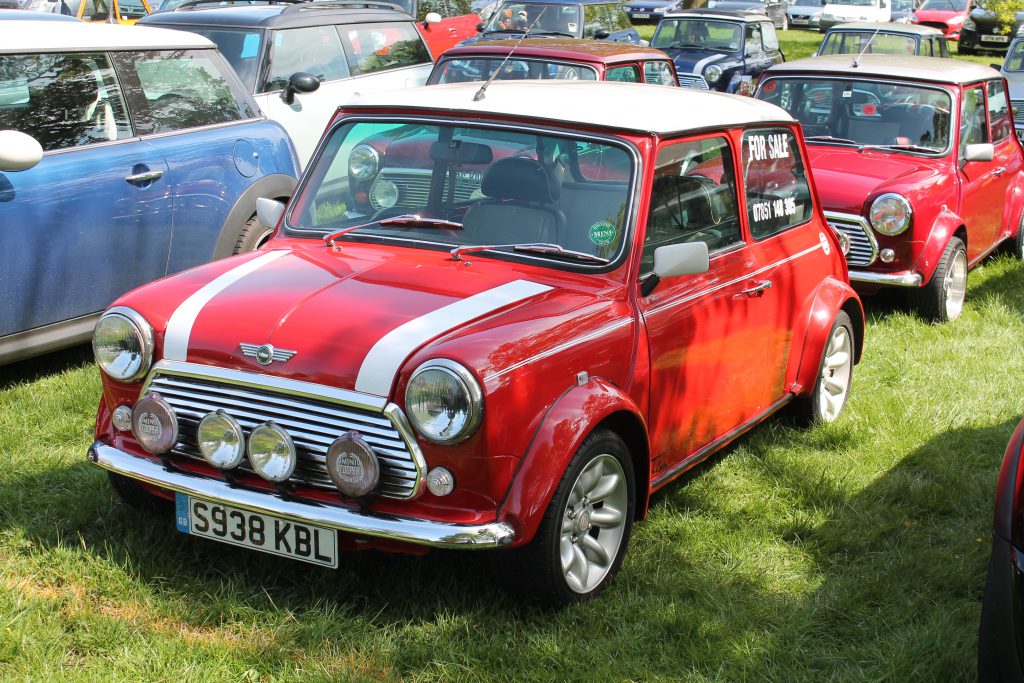 The Rover Mini mk7 was the final run-out model of the original Mini, combining the largely unchanged Alec Issigonis design with Nineties technology and refinement. The results were mixed. The mk7 improved upon the Mini’s strengths and exaggerated its weaknesses. This hasn’t stopped it becoming something of a collector’s item in recent times, thanks both to the many limited edition mk7’s and the obvious fact that it was the last of the original Mini’s.

About the Rover Mini Mk7

The Mini mk7 was unveiled in 1996, and was in many ways the biggest step forward in design and refinement since the original launch in 1959. Rover knew the mk7 would be the Mini’s last dance and its final chance to draw a new audience to the ageing icon. This ‘new audience’, Rover claimed, was the cosmopolitan elites of the business world, bachelors and fashionistas buying Minis as style statements rather than humble runarounds. To cater to this trend, Rover sharpened the styling (with the bulging arches of the Cooper S a particular highlight) and filled the door pockets with soundproofing. While good intentioned, it became a shocking weakness.

The problem with the soundproofing was that it was let down by the Mini's dubious build quality. While the mk7 was more refined, a design flaw allowed water to seep into the sound proofing material, causing monumental rust. Factory rust proofing was also bad even by previous standards, culminating in catastrophic corrosion and a minefield of a used car market. While you might think the mk7 would be the least rust-prone of the original Minis, it is in fact one of the worst offenders. Inspect the inner and outer sills for signs of rust, as well as the floor and rear subframe. Also check the front wings, the A-panel and of course the door skins. Other areas of concern are the boot floor (where the battery sits), the front panel (where it joins the wings) and around the front towing eye. The rear wings behind the arches are a well-known mud trap, while the windscreen surround should also be looked at. Bodywork issues are by far the most serious on the mk7. Repairs can cost thousands, and could mean a new shell. If there is evidence of rust in the service history, it's best to walk away. The only good news is that, because these issues are so prevalent, replacement panels are easy to come by.

The mk7 was a true Mini when it came to B-road fun and giant-killing performance. The A-Series engines were strong and urgent, with peak torque arriving at 3,000rpm, making overtakes more than just wishful thinking. The engines were stronger than the body, thankfully, however there are still issues to look out for. If the car emits blue smoke then it could mean worn valve stem oil seals. A rumble from the bottom of the engine points towards a crank issue and could mean an engine rebuild. Chattering on tickover is often due to a loose timing chain. While the A-Series engines are easy to work on, beware of which parts you’re buying. The mk7 uses a different radiator, top hose, alternator and oil filter location to previous Minis.

The Mini’s gearboxes are usually trouble-free. Don’t worry about whines on the overrun, this was a characteristic from new. Ensure the clutch doesn’t feel tired and listen out for worn synchromesh noises.

There are no major suspension problems to watch out for, but listen out for any squeaks from the suspension. The joy with Mini’s is that you can recognise different noises and rattles far easier than with conventional cars. When test driving, focus on how the car handles compressions and bumps. The Mini is a bouncy, lively car to drive but it should be well-damped. Serious crashes and groans from the suspension are worth inspecting closely.

Immobilisers can play up, and this will mean replacing the body control unit, ignition barrel receiver ring and central locking ECU.

Rover Mini interiors last far longer than the bodywork, and the quality has become a double-edged sword for owners. Many mk7 interiors are removed and sold to people restoring earlier Minis. If you are searching for cheap interior parts it pays to ask for provenance. It has been known for mk7s to have been stolen and had their cabins ripped out and sold off. Make sure all the interior trim is present and correct. The seats and dashboard tend to wear well because they were carried over from other Rover products.

The mk7 retained the essential Mini characteristics - an ability to cling to the road like a terrier on your shin and a steering rack dripping with feedback. As hackneyed as it is, the mk7 should feel like a go-kart with a radio. If the car doesn’t feel sharp and responsive then it needs work. If the suspension clicks and knocks on cornering then it probably needs a new CV joint. If you notice a thump when you apply throttle or lift off the pedal then it points towards worn stabiliser bushes. This can be easily corrected but if ignored could mean costly damage to other engine parts. It can be difficult to separate mechanical issues with character. The ride was always firm and despite the sound deadening the Mini always made you more aware of the moving parts around you than more conventional car.

A glance through the classifieds proves that there’s no such thing as a bargain Mini anymore. Examples of all ages have become bona fide collectors items and the mk7 has always had an intrinsic value to collectors thanks to its last-of-the-line status. Even restoration projects command big bucks, making it crucial that you can spot a good example from a rust bucket. The entry-level 1.3i can go for anything from £4,000 upwards, while the £7,000 - £9,000 bracket can pick you up a Cooper in great condition. £10,000 and over gets you a rust-free Cooper S, while the special editions can fetch over £20,000. Values are difficult to get a handle of because there are so many variables. The prolific rust issue muddies the waters somewhat, as does the amount of run-out special edition models, such as the Paul Smith. However it is always advised to splash out on a mint low-miler than be burdened with re-shelling a rust-ridden project car.

Spare parts are easy to come by and generally inexpensive, however always check which items Rover replaced before sourcing parts from earlier Minis. The mk7 Mini might look identical to older variants but it still classifies as a modern car. This means you’ll need an MOT, so make sure the owner’s had it done before you hand over your hard earned cash.

The Mini mk7 improved upon the greatness of the earlier cars by offering improved refinement, performance and, arguably, looks. Find a good example and you’ve got yourself one of the greatest motoring experiences on earth. There’s a reason why the Mini is an icon. The mk7’s downside is its shocking build quality. Rust can cripple your restoration budget and cost almost as much as the car to put right. As long as you track down a well-maintained example and look after it, you can enjoy a lifetime of thrills and fun only a Mini can provide.