The Mazda MX-5 has become the stock answer for any petrolhead on a budget, and the Mk1 is still the pick of the bunch. Whether you're looking for a weekend toy or to inject a bit of fun into you daily commute, the MX-5 is the obvious choice. Like the Lotus Elan and MG B from which Mazda drew its inspiration, the MX-5 is such a standout performer that it has become a motoring cliche. They might be two-a-penny but don't let this put you off - the little Mazda is an affordable bundle of four-wheeled fun. 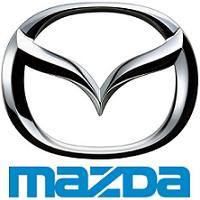 About the Mazda MX-5 Mk1

Mazda introduced the MX-5 in 1989 as a Japanese interpretation of a post-war British sports car. Because it was made in Hiroshima and not Hethel it actually worked. The engine didn’t self-combust. Morning dew didn’t leave the body in a rusted heap and you could drive it every day without needing a chiropractor on speed dial. It was a colossal success, selling over a million cars and spawning four generations. While they have all been class-leaders, it is the original Mk1 (or NA as its commonly referred to) we are interested in here. The most important thing to decide is which engine you’re going to have. The early 1.6’s are popular because they were lighter than the later, more powerful 1.8-litre, but they are both huge fun. The unit grew again in 1994, boasting more torque and a wider power curve, but beware that the later ‘budget spec’ 1.6-litre cars only came with 88 bhp. It’s also worth pointing out that the market is awash with both UK-market cars and grey-import Eunos roadsters. You can usually tell the difference between the two thanks to the number plates. While UK cars have the usual straight plate on the back, Eunos cars have a square arrangement.

The MX-5 is a hardy machine but time rests for no Miata and rust is increasingly an issue. Inspect the sills, kick plates and wheel arches (especially at the rear) for evidence of corrosion. The Eunos imports are particularly susceptible because they weren’t rust-proofed from new. The paint can also flake and fade from weather damage. Also check the hood for any rips or tears, as well as blocked drain holes. If the interior is damp it could present a major rust issue.

The MX-5’s engines are dependable, economical and rev-hungry. There’s not a huge amount to worry about - other than which engine to choose - but you should still do a check of the basics. Inspect the coolant and ensure the waterways haven’t clogged up, as well as the oil (on the dipstick and the filler cap on the cam cover). Oil has a tendency to leak from the cam cover gasket and the cam-angle sensor’s O-ring. Don’t let this put you off, it can be easily rectified. Check the belts and ask when they were last changed. The cam belt needs replacing every 50,000 miles.

There’s nothing much to be concerned with, the transmission is as tough as the engine. Carry out all the usual checks - feeling for play in the gearbox and that the synchromesh works well. It’s worth noting that the clutch slave cylinder tends to fail, but it's easy to put right.

The suspension bushes have a short shelf-life, especially if the car is thrashed on a regular basis, and the rear springs have a tendency to break. The front wishbones often corrode, and it’s worth having a look at the front crossmember while you’re down there. Inspect the dampers for signs of oil leaks and the springs for any cracks.

Unlike the Sixties Brits on which the little Mazda is based, the MX-5 has typically fool-proof Japanese electrics. Nevertheless, do the usual checks, taking special care to make sure the electric windows and heated screen are working (if specified). If the window mechanism plays up it can sometimes be because the glass gets caught inside its rubber runners. Give it a squirt of silicon spray and it should be good as new. The headlight motors have also been known to fail.

The most crucial issue to watch out for is damp carpets. It’s usually due to the drain holes in the sills becoming clogged up with grime and water, then spilling off the sills into the cabin. This can cause nasty rust issues, so ascertain the level of damage caused by the blockage before buying. Use something small and narrow to unclog the drain holes, and keep on top of it - especially in the winter months. Give the upholstery and trim a close look - although MX-5s were never the most luxuriously appointed sports cars. The superb build quality and the sheer number of Mk1s means its not likely you’ll either need a replacement trim item or struggle to find one if you do.

Without using every hackneyed phrase in the thesaurus, the Mk1 MX-5 drives exactly how you’d imagine a lightweight two seat sports car to drive. Everything is weighted beautifully, the controls are exactly where they should be and the balance is exquisite, making it a superb driving experience. Thanks to its modest performance and tiny body, you don’t need to be on a deserted mountain pass to get the most out of it. Any roundabout or b-road presents another opportunity to exploit the eager, rev-hungry four-cylinder and the chassis’ beautiful poise. There are no driver aids or flappy paddle gearboxes to numb the experience - it’s just you and the car. You can enjoy the MX-5 every single day, regardless of experience or talent level.

The Mk1 MX-5 is beginning to rise in value but that doesn’t mean they’ve lost their tremendous bang for buck factor. A project car can be had for under £2,000, with plug in and play examples starting at around £2,000 and rising to £5,000 for cars in mint condition. The special edition cars go for considerably more and fetch upwards of £10,000. It’s worth pointing out that many cars aren’t in factory condition, and finding a wholly original example is difficult. This makes them valuable, so if you’re looking to buy an MX-5 as an investment, these are the cars to look out for.

The MX-5 is cheap to buy and run, and doesn’t run the risk of leaving you stranded on the hard shoulder in a cloud of smoke and bills. This makes it the perfect daily driver. There’s no niggling issues that can bite your wallet, and these Mazdas can easily top 100,000 miles. As long as the car is mechanically sound there is no reason why you can’t enjoy thousands of cheap miles in an MX-5.

What is there to say that hasn’t already been said about the Mk1 Mazda MX-5? It’s the number one choice for any enthusiast looking to own a sports car that won’t break the bank or go pop on the motorway. Cheap, reliable, handsome and brilliant to drive, there really is no reason to pass up a Mazda MX-5 Mk1.